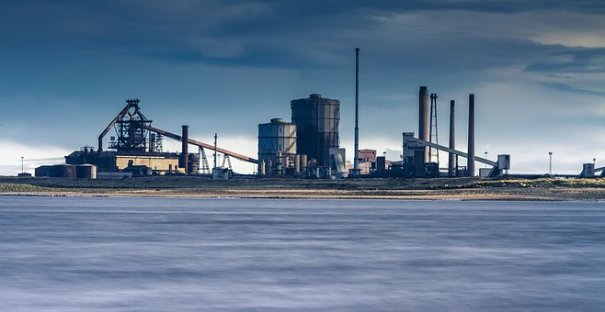 Donald Trump scored a lot of points with Americans by promising to bring jobs back to America once he was elected. This promise deserves some scrutiny.

The first question we should ask is, why did these jobs leave in the first place?

The answer to this question goes back to the early 1970s when companies began to understand – on a broad scale – that they could cut costs and raise profitability by shipping American-made parts overseas, having those parts assembled into finished products, and shipping those products back to America for less than it cost to produce them here. This trend recognized that assembling parts was relatively easy, especially for a low-skill worker. The hard part, and the part that required much higher skill levels, was to engineer, design and produce the components. It’s much harder, and therefore more expensive, to design and build an effective heating and air conditioning unit for a car than it is to bolt it into place and connect the wires.

A quick aside: why was (is) foreign labor so much cheaper? The answer to this question is rooted in “currency valuation.” For my purpose here it helps to simplify the answer to the question of “what is a dollar worth?” with this general distinction: until 1963 the US dollar was backed by either gold or silver at a rate of exchange set by the US government. Since 1963 the dollar has not been backed by a “sum certain” in either gold or silver but rather by the value of what our entire society produces in goods and services. This is now the general “way of the world,” and the reason the US dollar is an international currency rests in large part on the fact that the US has never (so far) defaulted on a debt. Other countries have their own currencies, the printing of money being one of the prerogatives of sovereignty, and those currencies are also backed by what each country produces. Countries that don’t produce very much that is demanded by the world market have currencies worth less than the currencies of countries whose goods and services are in high demand on the world market. So the Canadian dollar is worth almost as much as the US dollar, but the Mexican peso is not.

So while it is true that American businesses put a lot of Americans out of their “good paying” jobs, the offset was that a lot of things enjoyed by Americans were cheaper.

When Donald Trump said he would “bring jobs back” he didn’t show us the bottom of the bag. What sits at the bottom of the bag is this: bringing back these jobs for Americans to perform meant that the price of everything would start to rise. And as prices rise, consumption tends to go down.

American businesses know this, of course, so they are anticipating this movement by looking for alternatives to having people doing the work that makes what we produce so expensive, and fortunately technology has an answer: robots.

The reality is that most people who have lost high-paying manufacturing jobs over the past 30 years or so have lost them not because of immigrant labor, not because of “off-shoring” of jobs, but because technology – mainly personal computers, but also everything that can work better with digital information processing – allows more work to be done by fewer people. Robots are the coming phase of this trend, especially in the higher-risk occupations such as mining minerals. A human coal miner requires a lot of care and support, including health care and down time, that a robot does not.

So when Donald Trump promised to bring back jobs to the United States he may well have been sincere.

But he did not promise that Americans would get them.